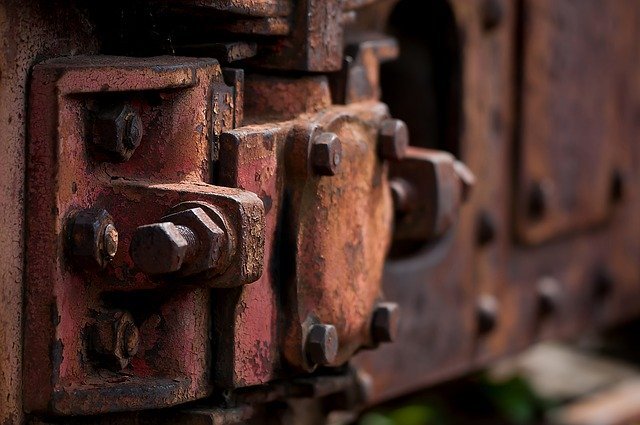 What is Rust Converter?
Rust converters are a type of primers that helps neutralise and convert rust into a black protective film. This film will protect objects from corrosion, salty environments, humidity and moisture. The converted surface is excellent for painting purposes.

What is the difference between Rust Removers and Rust Converters?Well, they are quite different from each other. Rust remover helps remove the rust while rust converter will mix with the rust to chemically convert it to a protective black film (primer) which can be painted over.

Where can Rust Converters be useful?
Generally, any rusted objects which are to be painted over, should find use of rust converters. Secondly, rust converters are beneficial where rust removing is not suitable. Example: Bridges, Trailers, Iron Railings, Stairs, Metal Sheets, Vehicles, Cast Iron, Equipments, Machinery and many more surfaces and objects.

Where Rust Converters are to be avoided?
Rust converters are not to be used on aluminium, stainless steel, galvanised metals and copper.

How to prepare surface for Rust Converter?
We have to make sure the surface is free of grease, oil, dirt and loose or flaky rust particles to get a perfect protective finish and plain surface.Use of sandpaper or wire brush should be done to remove loosely bonded and blistered rust particles.Use of degreasers is to be done, to ensure the surface is free of oil, grease or other contaminants.

How to apply Rust Converter?
It is to be applied with brush or roller. We recommend two coats. (apply second coat after 10 – 15 minutes)Rust Converter can also be sprayed with airless sprayer.

Can we apply Rust Converter over non rusted surfaces?
Yes, but protection will only be given by the primer.

Is painting mandatory?
Painting on rust converted surface is not mandatory, though we recommend it, as it gives extra protection from humidity, salty environment and chemicals.

How to store Rust Converter?
The container should be stored away from sunlight . Do not allow the product to freeze and keep away from temperatures exceeding 38°C

How to dispose Rust Converter?
Contact local regulatory agency to determine the proper method of disposal.